Notes: I know, I know, the “weekly” loadouts aren’t exactly weekly. I apologize for that. I’ve also been slacking in terms of post frequency, so I’m posting on back to back days. I also have a pretty big announcement coming later this week that I’m really excited to share with you guys. Now, onto the loadout…

This week I have only been carrying these four around with me. I think the overall theme is quality over quantity. Since I’m between semesters at school, my pens see a bit less use and I don’t usually carry a bag to hold the 8-10 pens I usually carry. These four pens are shown above in a Libelle leather case which I have had for quite a while now. No complaints with the case at all. The pens stay in there nicely and are almost 100% protected. I still tend to keep my less expensive pens in the side slots just so nothing can damage the more expensive ones from the side. The flap over the top stays put, and being that the case was only around $20, it was quite the deal. I plan on doing a feature on pen storage in the very near future so stay tuned for that.

Another thing that’s new about this loadout is the Sailor Professional Gear Imperial Black Edition. I have been DROOLING over this pen since it was announced, and got a bit of exciting news, so I bought it for myself as a little reward. It’s my first Sailor, and so far I am loving it. Once again, a review will be coming shortly. I don’t have a top/bottom combo this week, because I really like what I have going on with all of these pens. I have bottles of each of the inks (read: I liked them enough to buy them) so everything is a tried and true favorite. The loadout was written on a Clairefontaine Classic Side Wirebound notebook, which you will also be seeing a review for soon!

Reminder: I am taking submissions for your Weekly Loadouts! Click here for instructions on how to do that!

Keep Calm and Write On. 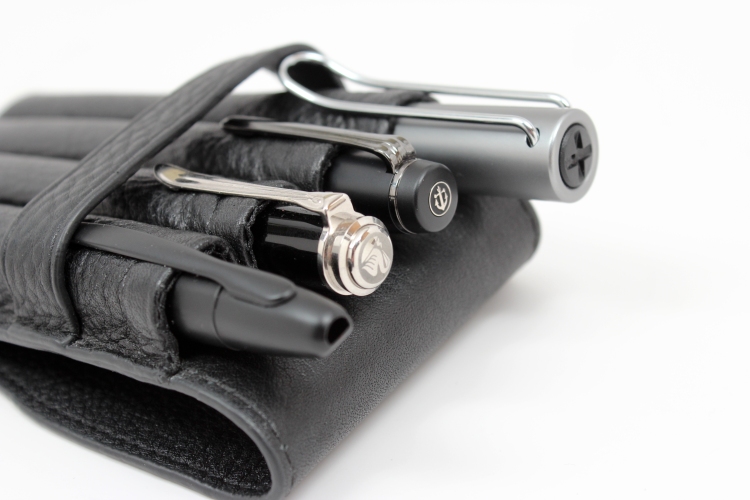 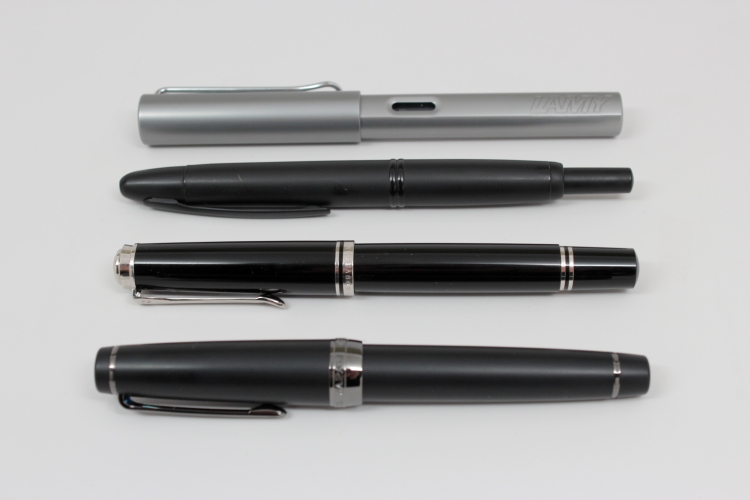