The Baron Fig Squire Alphabet is a pen released by NY-based stationery company, Baron Fig. You might know them for their popular Confidant notebook, cool pencils, or soft cover notebooks. This particular offering is an aluminum pen with the alphabet engraved in it, you know, in case you forget. The days of “damn, what letter comes after J again?!” are long gone. Yes, I’m poking fun, but the engraving is top-notch and I like the minimal design it adds to the pen. Lets take a closer look at this compact rollerball. 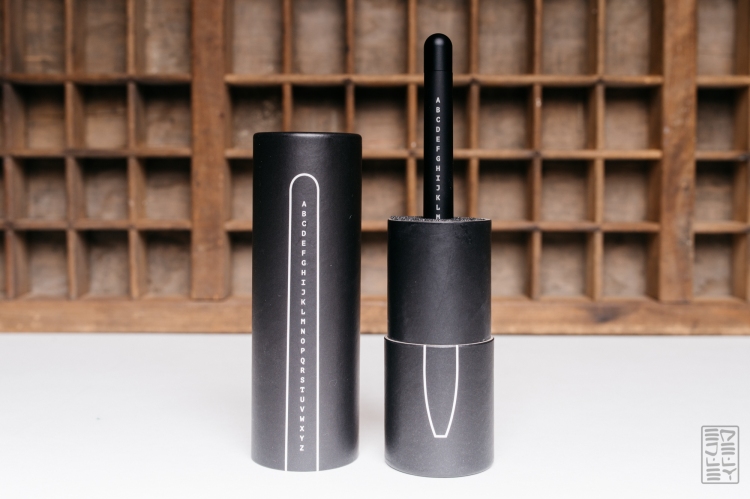 The packaging is pretty cool. The pen comes in a tube, held in place by a foam insert. There’s a graphic representation of the pen on the outside that lines up with the pen on the inside. It’s compact — there isn’t a ton of packaging here which is a good thing. It does a nice job of protecting the pen in transit, and I won’t feel too guilty when this thing inevitably makes its way to the trash. They did a nice job on presentation here.

Moving on to the pen itself. The Squire is a medium-sized pen. Not too large, not too small. There’s a gentle taper from the tail end to the grip, culminating in what I consider to be a comfortable grip diameter. I’m not a fan of really thin pens, and the Squire is by no means thin. It’s balanced nicely, and has just the right amount of heft to it. It’s clear that the designers were looking at all these things when creating the pen, and it simply works.

In hand, the pen feels comfortable and nicely weighted. I’ve been using it pretty exclusively at work. The compact size allows me to switch from writing to typing numbers without having to put the pen down. This is a nice plus for me, as it makes working more efficient.

Baron Fig’s website says that the pen’s main features are: precision weighting, ergonomic body, versatile size, ultra minimal design, and made to last. I agree with their claims. The Squire is in fact all those things. It might not be ultra minimal because of the added engraving, but that’s okay. The letters are a welcomed addition for me. I just think they’re neat. I also prefer the matte black body over their standard grey and charcoal offerings.

Inside the Squire, you’ll find a re-branded Schmidt P8121 fine rollerball. A simple twist of the tail, and the refill extends out of the front of the pen. The hole is perfectly sized and there’s no wiggle or play in the refill when it’s extended. The refill leaves a nice dark line on the page, and writes smoothly. As far as rollerball refills, these are some of the best in the game. While my favorite non-fountain refills tend to be gel, I don’t mind the rollerball.

I quite like this pen. It’s like Goldilocks and the Three Bears for me. It’s just right. It’s not too big, it’s not too small, it carries comfortably in pocket, and gets the job done for most writing tasks. While I do find Baron Fig’s marketing to be a bit over the top (keep in mind that I’ve been told I’m not much fun at parties by my own wife) their design consistency is uniform, and each of their products nicely compliments the rest of the line. The Squire pen, Archer pencil, Confidant Notebook, and others all form a cohesive product line that’s clearly been well thought out. Although I don’t know that this pen having engraved letters on it will “grant the power to express your greatest ideas”, it’s a fun design on a really nice little pen.

At $60, the Squire isn’t cheap. I think the finishing, packaging, high quality engraving, and overall design are justified in the price tag. It would definitely make a great gift, and the appeal of this little rollerball is broad. I’d definitely recommend this pen for yourself, or others.

Like what you see? Pick one up for $60 from Baron Fig here. 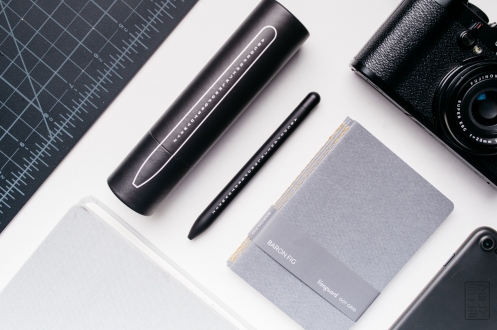 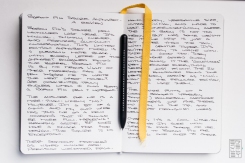 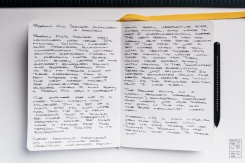 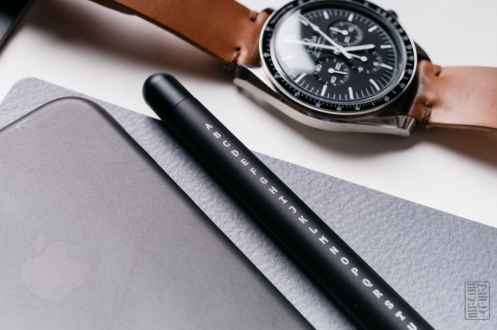 Baron Fig gave this to me. Yes, it was free. No, I don’t think it swayed my opinion. You can be the judge, check out my other reviews, and if you tend to agree with my opinions, then BAM – you’ve got a reliable source in me.