If you would like to submit your Weekly Loadout of pens, ink, and paper, please share by clicking here! 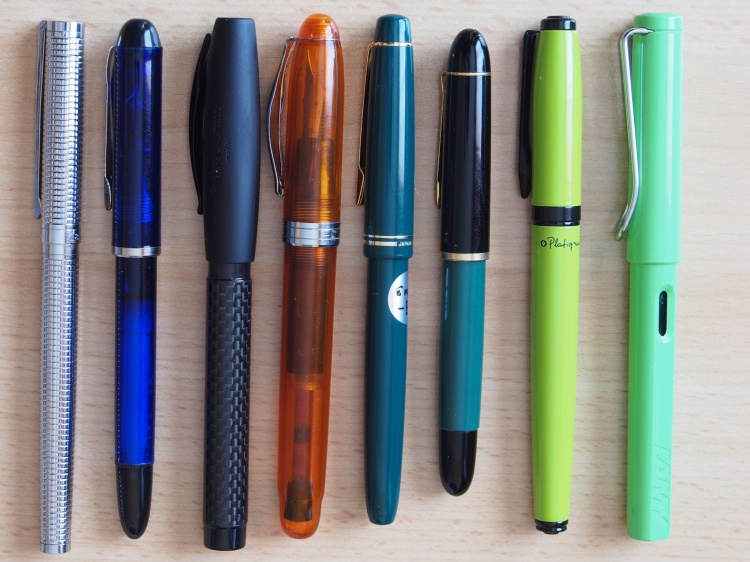 Here’s a bunch of nice pens I really don’t have much experience with! I have a ton of Safaris (Apple Green LE included) that I use on a daily basis, and love. There’s no way I could hate on that old Pelikan, it looks great, and I’m a bit jealous of the oblique nib. I haven’t tried a 78G yet, but I hear good things! I totally agree with you on the least favorite Ahab, I finally got mine to write decently, but it was more of a hassle than anything and I can’t say I’m the biggest fan. I like your choice in inks, and the different nibs really balance this loadout.

Great pens, thanks for submitting!

If you would like to submit your Weekly Loadout of pens, ink, and paper, please share by clicking here and filling out the form!