Karas Kustoms
“Bolt” Machined Pen in Aluminum
Made in the USA
Karas Kustoms on Instagram
KarasKustoms.com

First off, many thanks to Dan over at Karas for sending over a bolt for review. I really loved the Ink prototype that he sent over a few months back, and it’s nice to have another Karas pen in the collection. My first observation when picking up the pen was how light and well balanced the pen feels in hand. Pair that with a cool retracting mechanism, clean design, and a “Made in the USA” origin, and you’ve got a great pen. Read on to find out more about the Karas Kustoms Bolt. 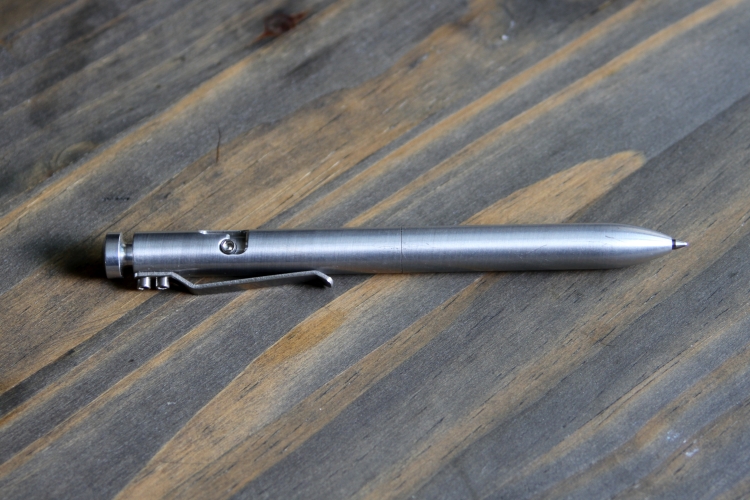 The Bolt is a really sleek-looking pen. The brushed aluminum surface looks and feels great in hand. The bolt-action groove in the barrel gives you something to look at, breaking up the smooth surface. The knock needs to be pushed down and twisted to lock into place to engage the refill. I particularly like how the knock tapers from the bottom of the “button” into the top of the pen. It’s a small detail, but it adds to the overall look of the pen. The clip is secured by two hex bolts and has some really serious grip strength. The pen is built like a tank, I’m sure it can withstand any abuse you can throw at it. The pristine brushed finish is not indestructible though. After carrying it around in my pocket with keys, change, a knife, and whatever else I may throw in there, there are some visible scratches. I like the added character, but if you’re one of those people who needs everything clean and perfect, take note.

The Bolt is nicely weighted, but not too heavy. The aluminum version is the lightest, coming in at 1.1 ounces. The pen is also available in brass and copper, which will add a substantial amount of weight. The balance of the pen is ever so slightly towards the back of the pen, but it remains undetectable in hand. The diameter of the pen is very comfortable, being slightly thicker than the Render K and Retrakt. The brushed finish provides a bit more grip than raw or anodized aluminum and also has a nice feel. 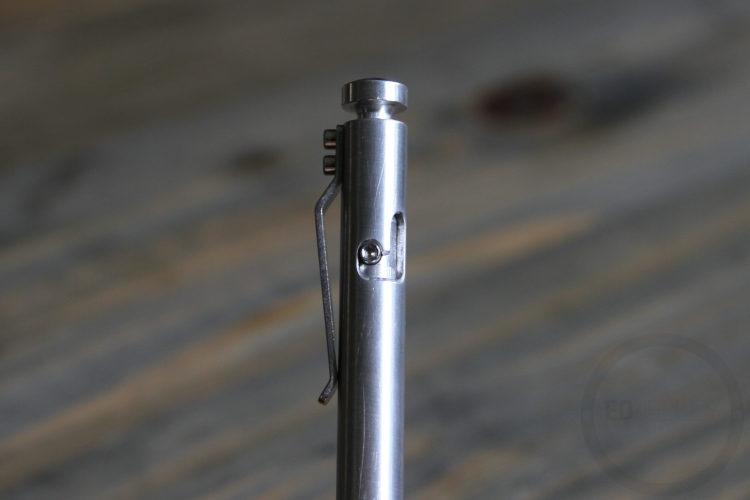 The pen is definitely well suited for longer writing sessions as well as quick notes. The knock isn’t as fast as a standard click mechanism, but it enhances the overall writing experience with that added fun factor. That being said, the knock is a little bit difficult to operate with one hand. I find myself wanting some added grip on the side surface of the knock button to make that push-and-twist operation a bit easier. The clip has nice spring and great grip strength, it can easily grab heavy denim and lighter khaki without falling out of my pocket or getting sprung. Construction and feel are both top-notch – great job guys. 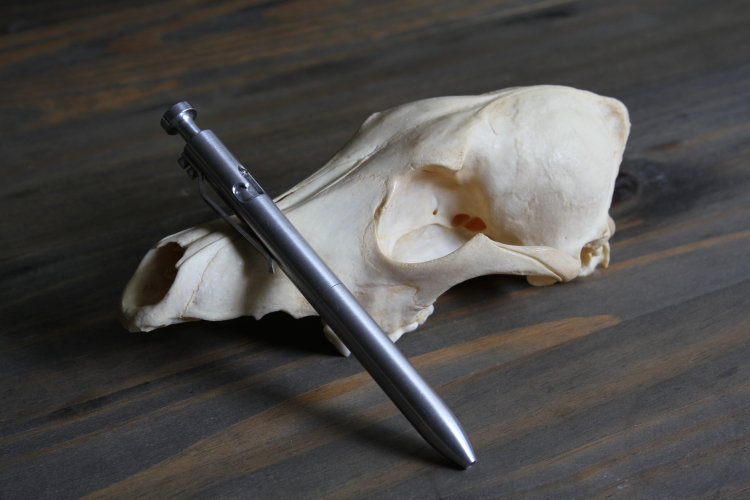 The Bolt takes Parker style refills. I really like the Parker 0.7mm blue gel refill. They last quite a while and lay down a smooth, clean line. You can of course use a Fisher Space Pen, a Schmidt EasyFlow 9000, or many of the other Parker style refills out there. Karas has a few in their shop, so pick up a few to try out. I especially like the Schmidt EasyFlow. Also worth noting is that the tip of the refill fits perfectly through the hole in the end of the pen. There’s no extra room in there, getting rid of any possibility of wiggling refills, or noisy writing.

The Bolt really is an awesome pen. It is sleek, well-balanced, and just works when it needs to. I love my Karas Kustoms Ink, and the Bolt makes a great companion. Thanks again to Dan over at Karas for sending the pen over! 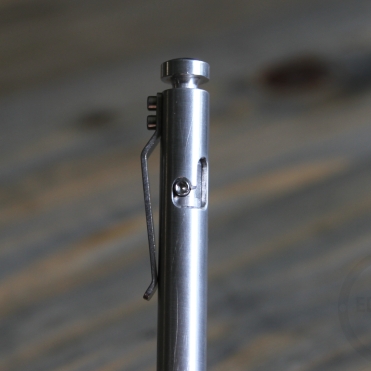 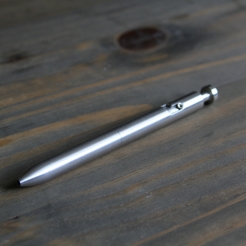 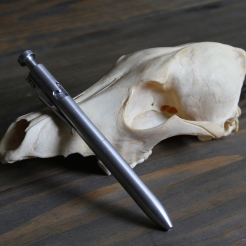 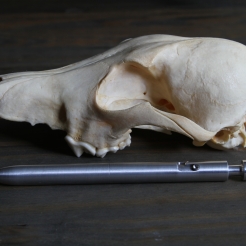 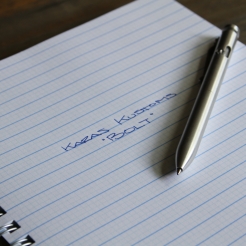 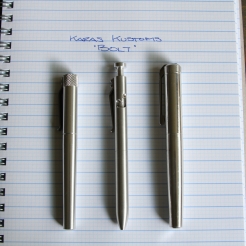 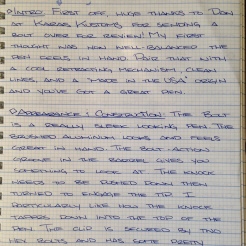 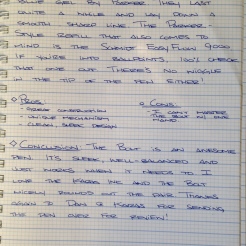 Disclaimer: I was given this pen free of charge and receive no compensation for my review, but that doesn’t mean I don’t 100% believe what I said!