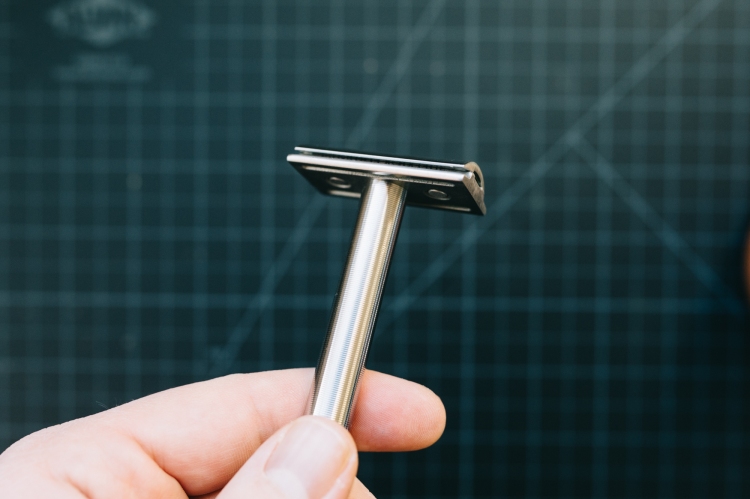 What is it? The Tactile Turn Double Edge Safety Razor is EXACTLY what its name implies. It’s a custom machined, metal injection molded, magnetized safety razor for wet shaving, with an innovative magnetic mount built into the handle. The handle also features Tactile Turn’s signature grip pattern so it won’t slip.

Where can I get one? The razor is available on Kickstarter right now, starting at $74 for a full kit. You can pick one up here. 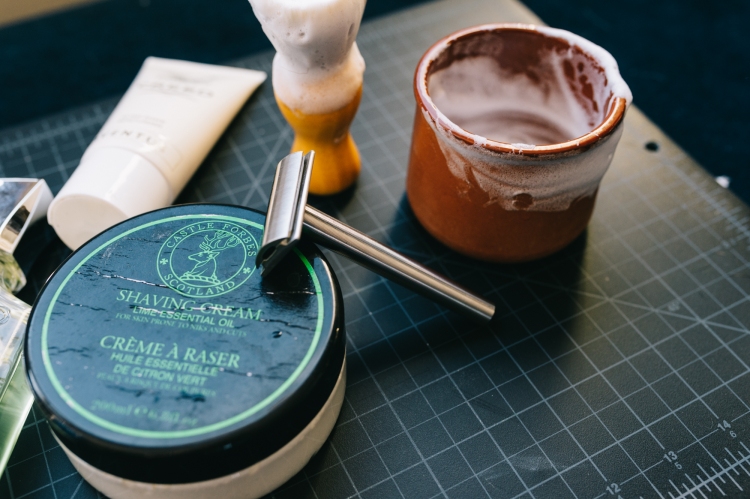 Okay, this might be a tough review. Why? Well, for starters, it’s not a writing instrument. However, I don’t think that a safety razor is too irrelevant for the site. This new double edge razor is made by Tactile Turn (yes, the pen company). The head features metal injection molded (MIM) construction with high quality brushed finishing touches, and a magnetized handle that features the signature Tactile Turn ridged grip pattern. The handle has a strong magnet inside that latches onto the included wall mounted “stud” to store your razor nicely inside or on a medicine cabinet. If you don’t know what a double edged safety razor is, here’s some background.

Hefty disclaimer time! Will at Tactile Turn paid me to take the photos for his Kickstarter campaign. Cold. Hard. Cash (ok, it was PayPal, but still). On top of being a client of mine, I consider Will to be a friend. The plot thickens! Please read on with these facts in mind. I don’t get any portion of the sales – my monetary stake in the razor is over before the campaign even begins. Thanks for reading! 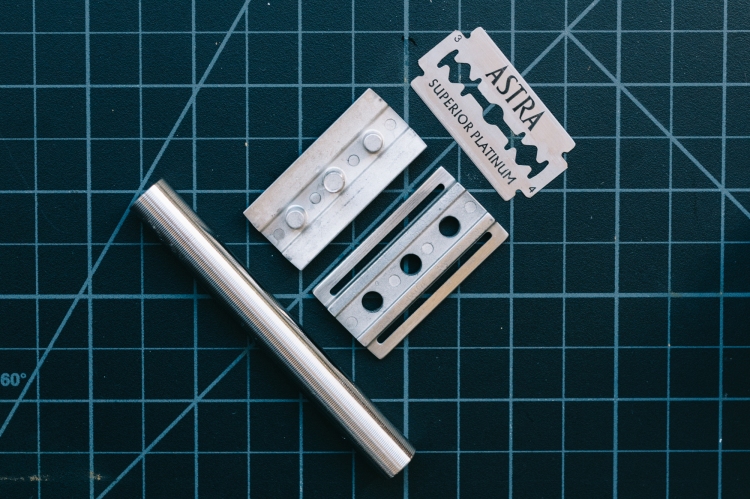 What the heck is a “double edge safety razor”?

For those not aware of what a double edge safety razor is, let’s go over some basics. Modern shaving razors have as many as 6 blades. These six blades require a fair amount of pressure to work well, they irritate the skin, and they’re dang expensive. The double edge safety razor dates back to the early 1900’s – 1904 to be exact. This is the date that Gillette applied for the patent that resembles this (and plenty of other) double edge safety razors to this day. The DE (double edge) safety razor reigned supreme from the early 1900’s right up until the mid-70’s when Bic introduced their first disposable plastic razor. It’s rather tragic, as shaving with a DE razor made less waste, was cheaper to maintain, and provided an overall better shave in terms of closeness and irritation.

Many believe that the main reason why everyone isn’t still using a DE razor is because of profit margins and marketing. Why push a $0.15 blade on a razor that doesn’t ever have to be replaced when you can constantly be raking in as much as $35 for a pack of cartridges? Well, that’s what Gillette (and others) went for, and they ran with it. The result is an overall decline in the world of DE wetshaving. But…it’s now pivoted into a hobby and lifestyle (kinda like fountain pens – we all know that they’re the superior tool for writing, just like the DE razor is to shaving) with it’s own thriving online community. There’s something fun about picking out a nice pre-shave, shaving cream, and aftershave that turns a morning chore into something I look forward to. Benefits of using a DE razor include: less irritation, cheaper maintenance, and a smoother shave. The learning curve isn’t steep at all. There are plenty of resources out there that can get you into wet shaving with relative ease. Blades are cheap and readily available on Amazon too. They’re not just for men either, check out this resource on Safety Razor Shaving for Women. 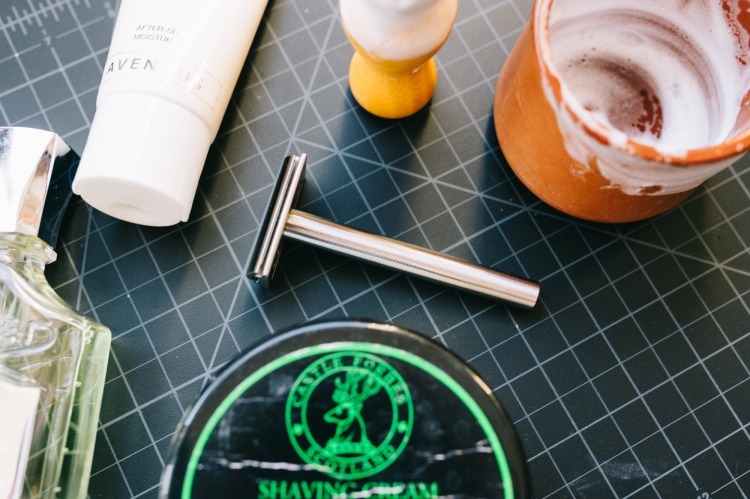 Okay, now let’s get into the actual piece at hand. DE razors are pretty simple tools, but there are a few things that set the TT model apart from the rest. The entire razor is made from 316L Stainless Steel. This is a high-grade, corrosion-resistant alloy that’s built to last.  The threads are solid and beefy and the head piece fits onto the body with precision. The finishing on the head piece is expertly finished with a brushed pattern. It almost reminds me of the brushing on a nice Swiss watch. It’s subtle, but even throughout, while adding a nice visual aesthetic to the piece. 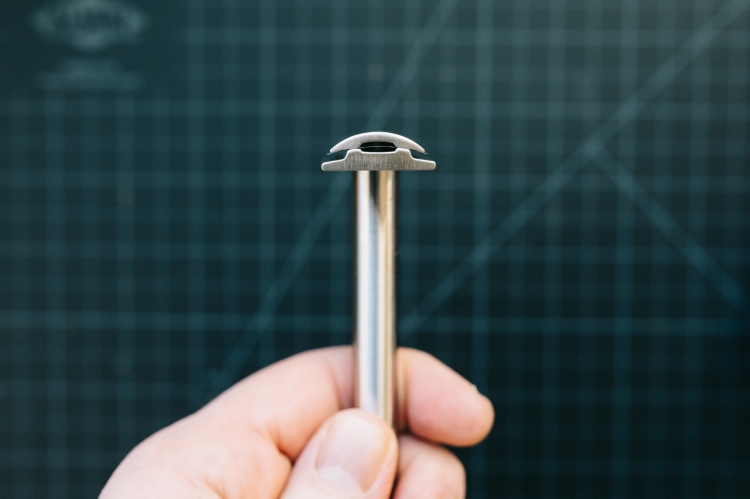 The body of the razor has Tactile Turn’s signature ridged pattern. This is very useful on the pens that he makes, and I believe that it’s even more useful on a metal razor that’s going to spend a good amount of time around water. I wish the ridges were a tiny bit deeper, as I feel that they could benefit from a little extra grip due to the wet and soapy conditions that the razor will be used in. 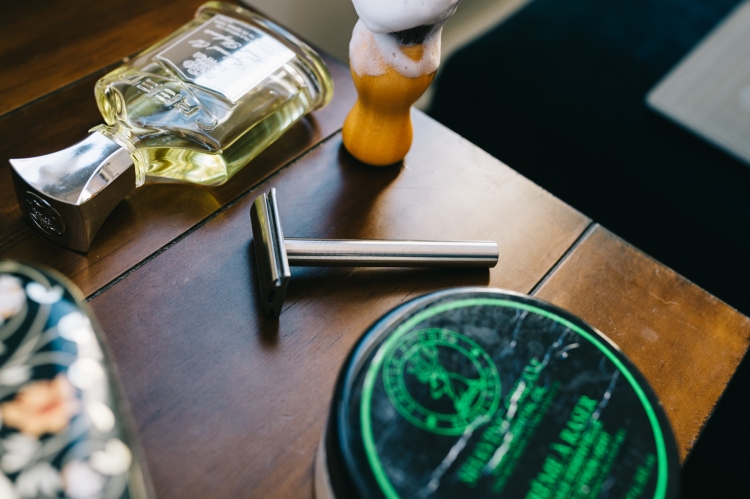 My go-to razor for the past 5 or so years has been the Merkur 34C. It’s a short handled razor from the German brand, Merkur. The shaving community considers the 34C to be a  rather mild shave. This means that the gap between the blade and the head piece is relatively small, and the angle of the blade isn’t so sharp. These factors result in a razor that’s known as “mild” (versus aggressive). The more “mild” the razor, the less chance you have at cutting up your face. The more “aggressive” the razor, the closer the shave and the better it can deal with thicker facial hair. This article from Prim and Prep does an excellent job of explaining the levels of aggression of a safety razor.  As compared to the Merkur 34C, the Tactile Turn razor is a bit more aggressive, but not too much. The blade gap is slightly larger and the angle of the blade is relatively similar. When shaving, I was able to get a super smooth result with only two passes. Granted, I don’t have the thickest facial hair out there, but less aggressive razors tend to take more passes. I’ve found that shaving with the Tactile Turn razor is pleasant. The results were great, no irritation to report, and the grip on the handle was great. I appreciated the extra length over my standard razor too. I used the Tactile Turn razor, an EcoTools Kabuki brush, Castle Forbes lime shaving cream, and Creed Aventus aftershave. 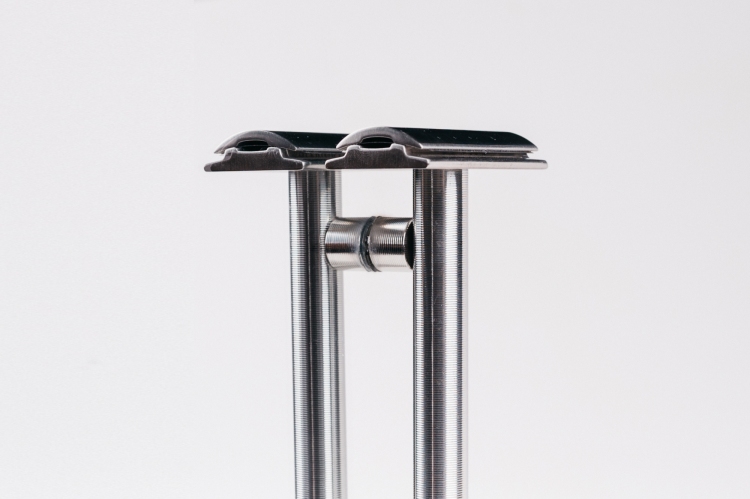 One of the more unique features of the Tactile Turn razor is the integrated magnetic mirror mount. There’s a small cylindrical piece that sticks onto your mirror (or wall, or inside your cabinet) that contains a magnet. Inside the handle of the razor, there’s another magnet. Put the two together, and bam – your razor is mounted to the wall. It’s nice solution for keeping your razor off the sink and out of the way. 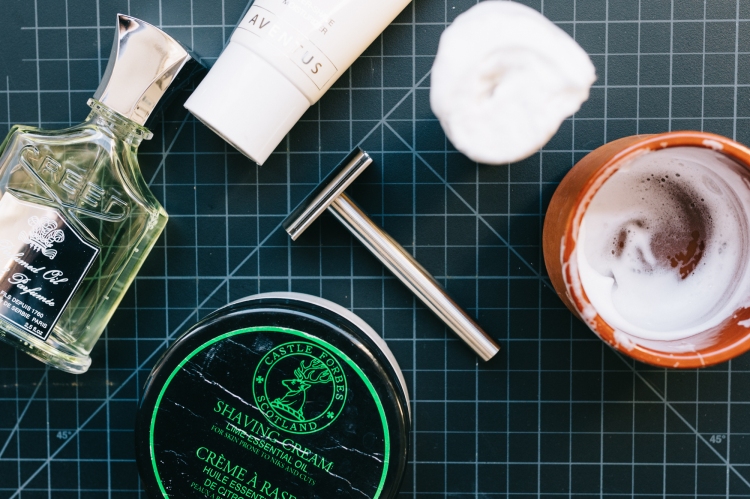 If you’re looking to up your shave game (that sounded insane) then consider the Tactile Turn Double Edge Safety Razor. You’ll appreciate the closeness, lack of irritation, lower maintenance cost, and cool factor associated with a DE razor. Like the rest of Will’s projects, the razor is expertly crafted, feels solid, and will last for many years to come. I like the slightly more aggressive shave and the longer handle on this razor than my standard go-to Merkur 34C. I can definitely see replacing it with this one. The Tactile Turn razor starts at $74 for the full kit, which I believe to be a reasonable asking price for a quality razor that’s been designed from the ground up from a small company. You can pick one up at this link – KICKSTARTER.

Would you like to see more reviews of stuff like this?
Let me know in the comments below! 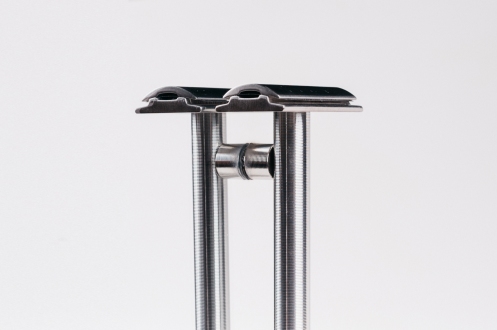 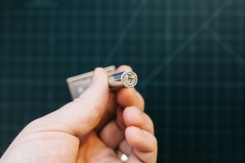 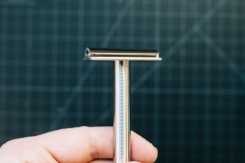 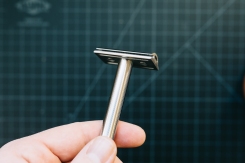 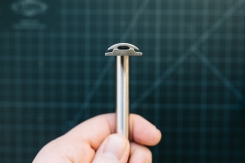 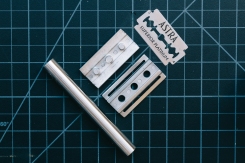 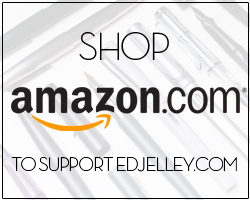